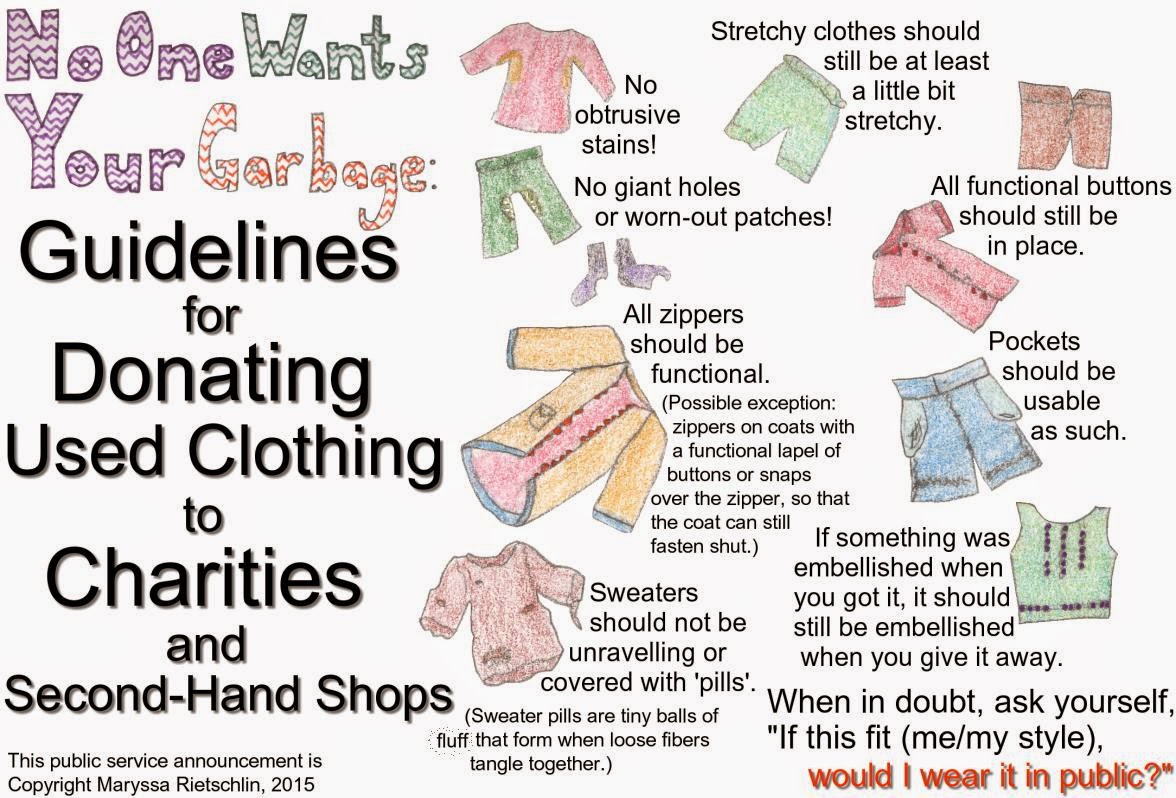 Of course, if you're donating clothing that was originally marketed to a vastly different demographic, the question to ask is, 'would I be willing to be seen in public with someone wearing this?', but that felt a bit verbose for what was supposed to be a short-and-snappy piece.

The first wave of winter holidays has passed, which means now is the time that a lot of charities really need support. If you really want to make a positive impact - well, regular giving is best, but the next-best is if your sporradic donations of goods, money, and time come during times of the year when most people aren't thinking, 'I should do something nice, to give back to my community'.

Sorry if this came out preachy. It kind of was. I happen to know of a lot of instances where the reason things were given away was because they were broken in some non-cosmetic, functional way - mostly pants without buttons and coats without working zippers. I live in Canada. It gets cold here. Coats have to be able to shut.

Wow. For a post intended to be short, this sure ended up with my longest out-of-comic commentary ever. Don't worry, it won't become a habit. I hope. I am quite verbose...